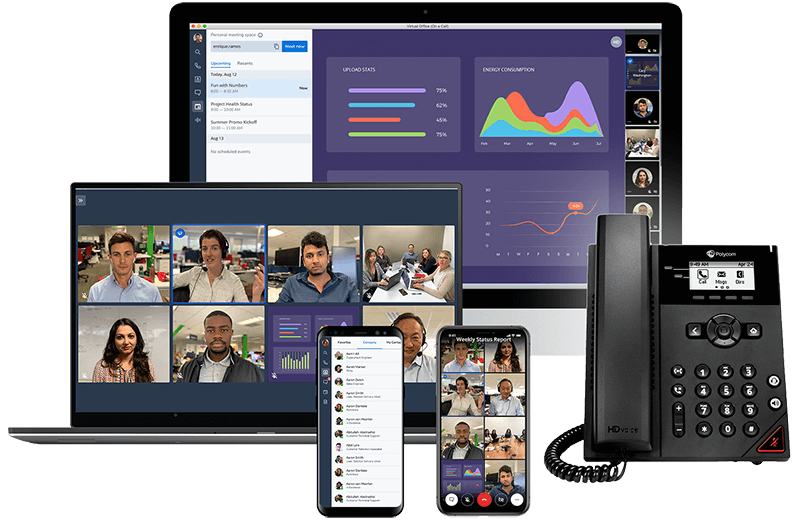 Includes all of the basic communication, messaging and collaboration features required to get the job done

For the users that need more scalability.

The ideal choice for users that want it all.

Offers the most comprehensive and advanced set of features with communications, collaboration, analytics, and contact center capabilities.

2 Includes 4,000 minutes per concurrent contact center seat (local and international, inbound and outbound, within 47 country zone). The total minutes included are the pooled total of all agents. If a customer exceeds the total usage pool allowed in any given month, extra minutes will incur standard usage rates. Toll calls and special numbers are not included in the allowed usage.

3 Varying levels of storage are included in each plan.